Variable optical attenuators are normally used for testing and measurement. Also they could be used in EDFAs (erbium doped fiber amplifier) for equalizing the light power among separate channels. Fixed optical attenuators have fixed values specified in decibels. The attenuation is expressed in dB and its value cannot be varied. It is ideal for attenuating single-mode fiber connectors in various applications.

Why Use Optical Attenuators?

Optical attenuators is a critical component of any fiber optic network. Using an attenuator, the transmission signal into the dynamic range of the receiver could be adjusted. This increases the life span of the optical equipment and ultimately provides a clearer transmission signal. Moreover, the utilization of optical attenuators could assure the linear behaviour of optical fiber receivers avoiding optical power overloading. At the same time, it is able to balance the optical power into passive optical network branches and can make measurements on an optical telecommunication system.

Optical attenuators usually work by absorbing the light, like sunglasses absorb the extra light energy. Typically, they have a working wavelength range in which they absorb the light energy equally. However, they should not reflect the light since that could cause unwanted back reflection in the fiber system. Another type of attenuator utilizes a length of high-loss optical fiber, that operates upon its input optical signal power level in such a way that its output signal power level is less than the input level.

Optical attenuators are commonly used in fiber optic communications. They could be used to test power level margins by temporarily adding a calibrated amount of signal loss, or installed permanently to properly match transmitter and receiver levels.

One of the important applications of optical attenuators is channel balancing in WDMs (wavelength division multiplexing). As illustrated in the following picture, an eight channel wavelength multiplexed signal from a trunk line is demultiplexed into individual signals. The signals are of different intensities, and need to be balanced to avoid saturating any of the receivers. So each channel is sent through a corresponding port on an eight channel MEMS (micro-electro-mechanical systems) VOA (variable optical attenuator). The signal strength through the optical attenuator outputs is monitored by a control circuit. If the output signal gets too high or too low, the corresponding optical attenuator is adjusted to bring the light level to the correct range.

Knowing how to test the sensitivity of a fiber optic receiver is an important skill. A fiber optic receiver provides optimal performance when the optical input power is within a certain range. But how do you test the receiver to see if it will provide optimal performance at the lowest optical input powers? One way is to use Optical Attenuators, such as bulkhead attenuators. Typically only a couple of values are required to complete your testing. This process involves three steps shown as following.

Note: The optical loss is not considered about in the example above. Suppose that the transmitter is located 10 km from the receiver and the loss for the whole optical fiber link (including interconnections) is 6 dB, then you should use a 10 dB bulkhead attenuator rather than the 16 dB one for your test. 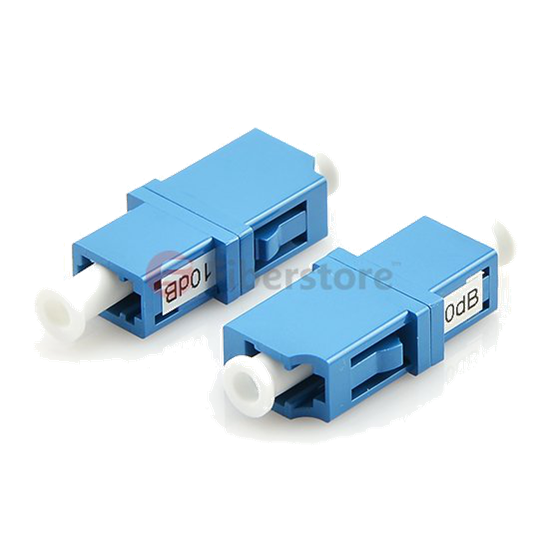 This article source is from fiberopticshare blog.