Based on the same concept of using multiple wavelengths of light on a single fiber, CWDM and DWDM are two important technologies in fiber optical communications. As we all know, although the transmission distance of CWDM network is shorter than that of DWDM, it costs less and has the scalability to grow fiber capacity as needed. This article intends to give a simple introduction of components in CWDM networks and to explore some examples of CWDM network deployment cases.

CWDM Mux/Demux, which is based on the film filter technology, is the basic component in CWDM networks. It can combine up to 4, 8 or 16 different wavelength signals from different fiber extenders to a single optical fiber, or it can separate the same wavelengths coming from a single CWDM source. That’s why CWDM can extend existing fiber capacity.

A CWDM OADM is a device that can add (multiplex) and drop (demultiplex) channels on both directions in a CWDM network. It can add new access points anywhere in CWDM systems without impacting the remaining channels traversing the network. With this ability of OADM, the access points can be added to liner, bus, and ring networks, where the dual direction ring design provides redundant protected architecture.

Requirements: the goal is to install a single mode fiber network in town to connect numerous buildings. Some of these buildings have access to the city LAN. The Public Works building need to connect with Youth & Recreation Center, Library, Immanuel Lutheran School and the Senior Center. And all these buildings should have unfiltered Internet. Besides, the Waster Water Treatment Plant should be connected passing through the Senior Center. All these services are achieved using CWDM technology.

Solution: according to the requirements, this is a CWDM networks with several buildings to connect with. Here is the solution diagram.

In the diagram above, we can see there is an 8CH CWDM Mux/Demux connected with the switches. According to the requirements, Youth & Recreation Center, Library, Immanuel Lutheran School and Senior Citizen Center should be connected with the Public Works and need unfiltered services. Therefore, a 4CH CWDM OADM is placed after the CWDM Mux/Demux. Then the four wavelengths will be drop and into the four buildings. In addition, another CWDM OADM is deployed in Senior center to connect the Waster Water Treatment Plant, to meet the requirement. And each site also needs to use CWDM optical transceivers.

Requirements: Considering the cost, all the wavelengths should be transmitted on a single fiber using CWDM technology.

Solution: according to the requirements, here is a simple diagram showing the solution.

In order to save cost, a 4CH CWDM Mux/Demux is used to multiplex four wavelengths (from three switches and one router) into one single fiber. At the first site B, a 1CH CWDM OADM is installed to remove one wavelength which is associated with network B. And other three sites are the same—dropping one wavelength associated with corresponding switch or router.

This article mainly introduces two CWDM network deployment examples. All the components like the CWDM Mux/Demux, CWDM OADM and CWDM transceiver are available in FS.COM. If you are interested in them, please contact us via sales@fs.com.

Related article:Differences between CWDM and DWDM

The Fiberstore company can offer customized empty 4RU rack chassis to hold 12 pieces of standard size LGX cassettes now. They can also provide the custom LGX cassettes to complete this entire solution for space saving and high-density applications. Here are some finished products for example. 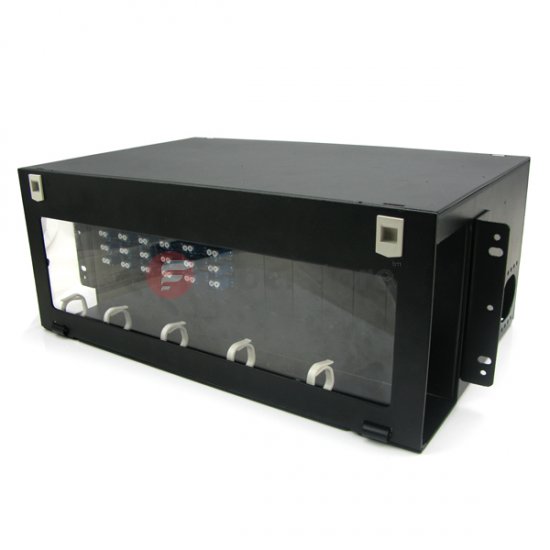 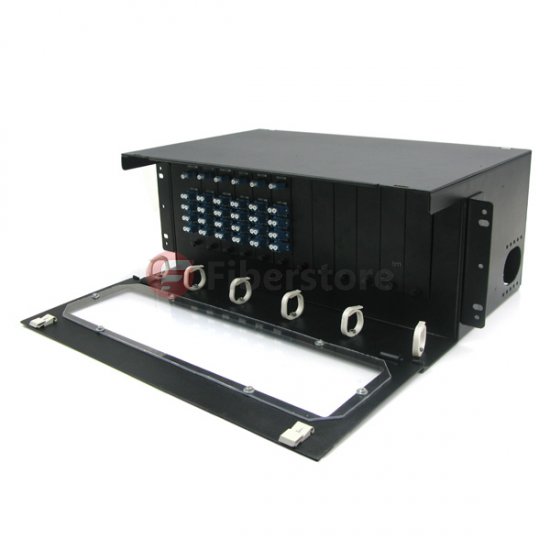 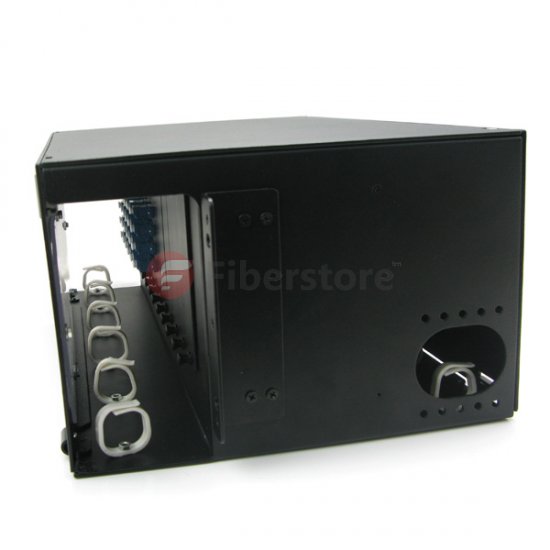 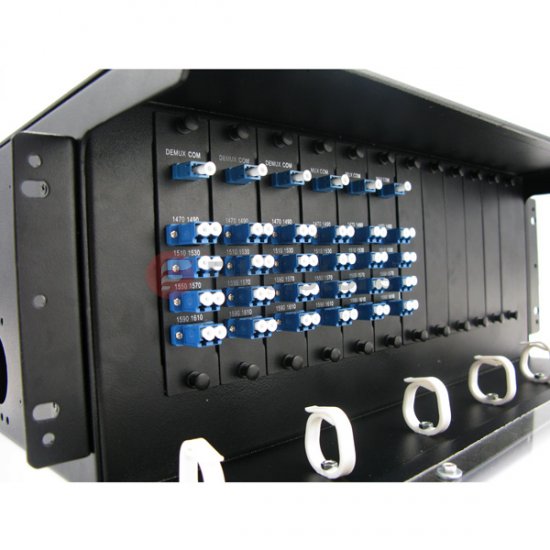 The specifications are described in the figure below.

This is just an iceberg of custom cases that Fiberstore provides. They could make it beyond what you can imagine!

Contact Fiberstore sales now at sales@fiberstore.com and tell them what you want!
They’ll find the info you’re looking for and respond to your inquiry within one business day.

About Fiberstore:
Fiberstore is now the largest company who can supply all kinds of solutions for WDM optical networking systems, including CWDM, DWDM, MUX & DEMUX, OADM, etc.. The 4RU rack chassis is only a little part of their products. You can find whatever you want by just visiting the website (fiberstore.com).