High-density and compact data center cabling has become the consequent trend as the rapid development of fiber optic communication. Under this trend, LC assemblies, like the LC connector, LC adapter and LC attenuator, are more and more popular in the applications of cable television (CATV), fiber-to-the-home (FTTH) and dense wave division multiplexing (DWDM) Markets. Today this post intends to explore how to optimize network performance with LC assemblies.

It’s familiar to us that fiber optic adapters are used to connect fiber optic components with the same or different interfaces. Due to their ability to interconnect two connectors, they are widely applied in optical management systems. And nowadays there are various LC adapters available in the market for both single mode and multimode applications. Take the quad LC adapter for example, Quad LC adapters, designed for high-density applications, provide 4-position LC adapter solution in a traditional duplex SC footprint. The mating sleeve can connect four duplex or eight simplex LC fiber optic cables, saving more space and bring more flexibility. 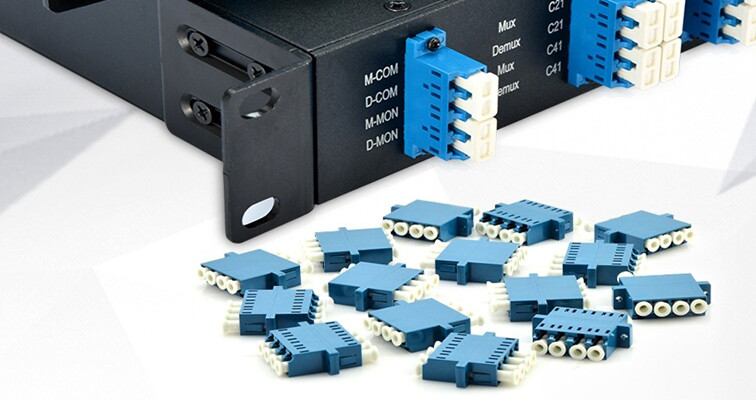 As we all know, signal strength needs to be reduced in some case. For instance, if a transmitter delivers too much light power, at the receiver end the power must be reduced by using fiber optic attenuator. Or it may degrade the bit error ratio (BER). LC attenuator is a type of widely applied fiber optic attenuator. It is designed to provide horizontal spectral attenuation over the full spectrum vary from 1260nm to 1620nm in single mode transmission. Therefore the LC attenuators can expand the capacity of optical networks by using the E-band (1400-nm window) for optical transmission. 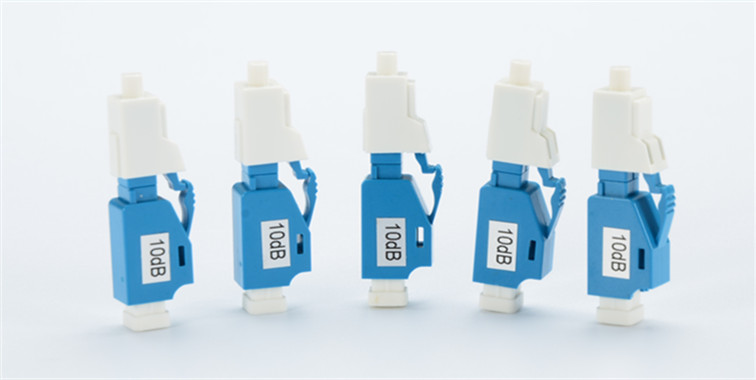 Designed with flexible “push-pull tab” uniboot connector, bend insensitive fiber and ultra-low insertion loss, LC HD plus+ fiber cables are the best choice for high-speed, high-bandwidth 1GbE and 10GbE networks in data centers. People with working experiences in data centers may know it’s not an easy task to add or remove one connector in numerous network cables. But with the push-pull tab uniboot connector, this problem can be solved perfectly. Firstly, the LC uniboot connector encloses two fibers firmly in a single cable, saving cable management space greatly. Secondly, the push-pull design enables connectors to be extracted or inserted into the port freely, which simplify the connectivity problems of limited access to the connector.

CWDM and DWDM Mux/Demux play an important role in combining data rate of different wavelengths over the same fiber cable to increase network capacity. No matter CWDM or DWDM Mux/Demux, there are several types of ports on them to ensure the normal function: channel port and line port. Of course, some Mux/Demux also have an expansion port and monitor port. A LC Mux/Demux means the LC Mux/Demux has LC connector for interfacing. It’s known to us that LC design is popular in fiber optic links. Mux/Demux with LC interface is easy to install and add WDM capacity to an existing network.

The following picture shows how to use two CWDM Mux/Demux at the same time to increase the wavelengths and expand the network capacity. The 8 CH and 4CH CWDM Mux/Demux are connected using the expansion port (LC interface).

LC interface is the result of increased demands for smaller easier-to-use fiber connectivity. And a wide range of optical components with LC interface are widely used in optical networks. This article just introduces parts of them. Some other LC assembles such as optical transceivers, LC pigtails and LC adapter panels are available in Fiberstore. If you want to know more details, please visit FS.COM.

How does a fiber attenuator work?

The power reduction are done by such means as absorption, reflection, diffusion, deflection, and dispersion, etc. Attenuators usually works by absorbing the light, like sunglasses absorb the extra light energy. Attenuators typically have a working wavelength range in which they absorb the light energy equally. They should not reflect the light since that could cause unwanted back reflection in the fiber system. Or by scattering the light such as an air gap. Another type of attenuator utilizes a length of high-loss optical fiber, that operates upon its input optical signal power level in such a way that its output signal power level is less than the input level.

Optical attenuators can take a number of different forms and are typically classified as fixed or variable attenuators.

Fixed value attenuators are composed of two big groups: In-line type and connector type (or build out style). In-line type looks like a plain fiber patch cable, it has a fiber cable terminated with two connectors which you can specify types.

Bare fiber adaptors provide a simple and effective way to use unterminated fibers with commercial receptacles. Simply strip, clean and deave your fiber and insert into the bare fiber adaptor. They are recommended for power meter connections, temporary system repairs or wherever a quick fiber connection is required.

FiberStore has recently improved the bare fiber adaptor design to now use a magnetic clamping mechanism. The new design gently yet firmly holds the fiber in place without harming soft acrylate coatings, and is even easier for operators to use. The magnetic damp applies to stress to the fiber, which makes it ideal for PM fiber related measurements including extinction ratio (ER), polarization dependent loss (PDL) and polarization mode dispersion (PMD).

As a professional fiber optic products manufacturer, FiberStore also can supply APC LC connector, LC attenuator and more, welcome to visit our websit and sign up. 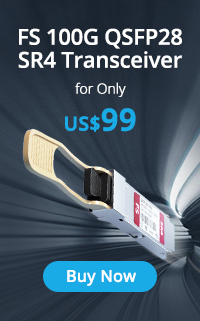